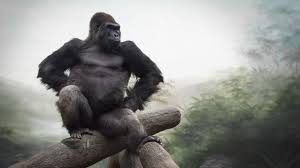 The list that we are discussing now is the means for cultivating a peaceful mind.

In Sutra 1.40 Patanjali explains that by practicing one-pointedness (through any of the means described in Sutra 1.32-1.39) the yogī develops mastery of concentration, mastery over the mind. That mastery extends from the most subtle to the most supreme, anything in manifest reality. If one develops this type of mastery of mind, then the other Sutras are not really needed. There will be nothing unknown to you.

Bandha means to bind or lock. It is a means to direct and refine the movement of prāṇa in the body. Traditionally bandhas were used for directing prāṇa into the central channel, thus raising kuṇḍalini energy.

When all three bandhas are engaged it is known as Maha Bandha, the great lock.

Uddiyana Bandha translates to flying or rising up and is speaking to the raising of the diaphragm and abdominal organs up into the ribcage. The full version can only be done on an exhalation in kumbhaka the retention of the breath outside the body. However, a subtler version can and should be practiced in asana, especially in forward folding poses. 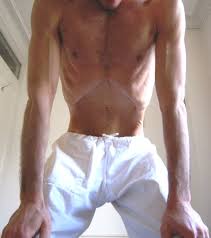 Jalandhara Bandha, net or throat lock serves to trap prāṇa and bindu in the body. When we engage the other bandhas we direct prāṇa up. When we engage the throat lock we trap the energy in the torso, where it can create more pressure and become amplified and thus directed into the central channel. It also serves to trap the bindu, nectar from descending into the fire of the torso. There is much speculation about what exactly this nectar is. Some say it is the grace of God, others life force, while some believe it is hormones released from the pineal or pituitary gland.

Jalandhara Bandha is engaged by lifting the sternum, and then like a swan taking the chin up and over to place it on the base made by the lifted sternum. You will feel the pallet lift like a dome. The chest stays bright and the shoulders move down and back. 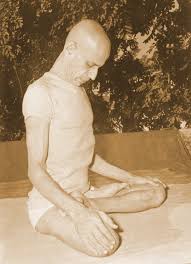 Maha Bandha, the engagement of all three bandhas, work to amplify the energy in the body. This can be used to direct it into the central channel. It can also be sent out into the body clearing the other 72,000 nadīs. It is practiced on retention of the breath, kumbhaka.

*When you catch your mind engaged in an activity that you find harmful, use your mantra to reset your mind.

Kapalabhati is the skull shining breath or breath of fire. This increases ones energy and internal fire, boosting metabolism and digestive fire. It is considered a purification practice because of its powerful ability to clear the nadīs. It increases oxygen levels in the body and clears the mind as it send prāṇa up from the pelvic floor to the crown (skull shining)

6. Meditation: Choose one of the practices for fixing the mind listed above. Stay with this object of meditation for the next 10 days.

Practice for a few days and come back later to reflect on the experience.

Dream Yoga (Look back at day 10 for more info.)

As you get better with this practice  you will be able to  recognize yourself as dreaming, when you are having a dream. The next step once recognizing the dream is to practice meditation in the dream. Whoa!

This translates to recognizing that our waking life also has qualities of a dream. (This is a very advanced yogic practice. If you are interested practice daily and you will get better and better, eventually being able to control the dream and meditate in the dream) 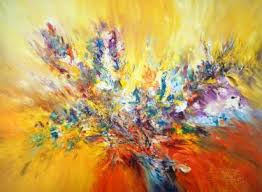